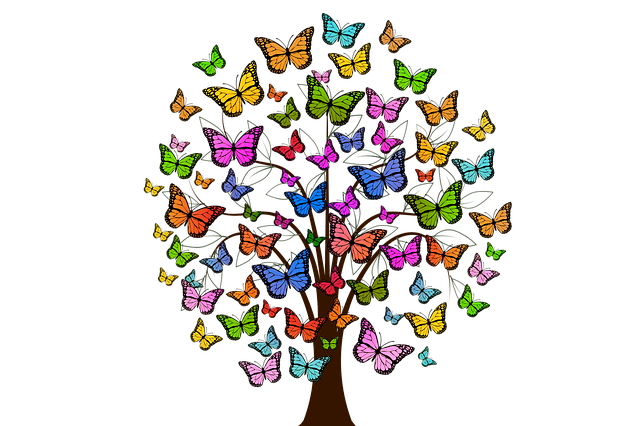 Apport – a paranormal transference of an object.

What is an Apport?

An Apport is a paranormal transference of an object from one place to another. The item has to exist somewhere prior to it being moved. The removal of the item is called an asport and the arrival is called an apport. We are told that the item is no longer of use where it originated from and will not, therefore, be missed.

Do you need a physical medium present to produce an Apport?

I always thought that for the Spirit World to produce an Apport that they would have to have a physical medium present. I’m not so sure now.

It is possible that the following event happened with me being present but I’m not a physical medium. Sure  I have loads of unexplained things happen around me but I’d never class myself as a Scott Milligan, a Jack Webber or anything other than just me!

I had no knowledge of this taking place. The apported item was originally in a place where physical mediums frequent. One would think that any involvement from any medium would have been brought about by sitting in a deep trance state. Clearly not. My own opinion is that the occurrence must have been within the realms of the descriptive terminology of an Apport and however this took place may always remain a mystery. I don’t think I’ll ever get a definitive answer unless of course at some time the Spirit World bring answers to me via another medium.

What was the Apported item?

The item that we believe was an apport was a beautiful butterfly set of jewellery consisting of a necklace and pair of butterfly earrings. A small paper tag was attached which had typed on it “made in” then the specific name of a town that grandad came from.

Who received the item?

My mother received the item for her birthday. What we believe was an apport was tucked in the bottom of a present that I had bought for her.

I attended the Arthur Findlay College for the open week a few summers ago and whilst looking around some of the stalls with my wife Tracey spotted some beautiful butterfly jewellery that I knew my Mother would like. I couldn’t afford the items so we moved on. Our day was filled with wonderful demonstrations and lectures. Tracey went for a sitting with one of the tutors and we then headed off home having spent a wonderful day with friends.

A few days later I spotted at a work auction I was attending a nice set of ladies lotions and potions that I knew my mum would like. Lotions, potions, magical mystical stuff originating from the fountain of youth, up there with many other things I’m never really going to understand!

These items were enclosed in a small fabric case and when we looked inside I think there were about 4 potions that would guarantee the recipient would look young forever. Details of ingredients that I wouldn’t be surprised were made up for added dramatic effect! If you are a lady reader you’ll have some idea no doubt but I can admit it looked nice, was affordable, and smelled nice, fitting for a present for my mum.

A phone call from mum

A few days after receiving the present my mother telephoned us and thanked us for the present. Mum was overjoyed by the jewellery that was enclosed. I could have earned myself a few sneaky brownie points by accepting the thanks gracefully but didn’t and instead asked: “what jewellery”? and pointed out that the reason I asked was that we hadn’t actually bought any.

Inside the case, there were along with the potions a pair of beautiful butterfly earrings and a necklace. I was sure these were not there when I had purchased the present. At what point they were placed inside I don’t know. Sometime between showing Tracey the present and my mother opening it. We may never know exactly.

Not only was the jewellery in place, there had been a small tag tied to the jewellery showing made in the town where granddad came from which added to the “extra special” factor!

I went back to see the lady I had purchased the lotions and potions from. I asked her if she’d checked them thoroughly. What we know was confirmed. Only the original items in place when the item was sold.

My opinion is that the Spirit World (with a percentage of grandad’s assistance) apported the item for my mother. There is the chance the item was always present and we never noticed it. I don’t believe that was the case. 3 of us had looked and it really wasn’t there. If we determine that spirit had an influence I have no idea when this occurred. The attached tag had the town where granddad came from. I believe that granddad played a part in this event.

Like so many very special things that have happened since I decided to unfold my mediumship development, I can’t. We just can’t but we’ve in our own ways ruled out any other sensible option that we can consider. We may never again get a similar occurrence and then again we may. Only time will tell!

Absolutely and everyone reading this must keep an open mind. All should find out enough information on any subject for themselves and draw their own conclusions. It was hard for me to believe a lady in trance draws spirit faces with her eyes shut. Now witnessed personally with 2 pencils working independently of each other. It was hard to believe my birth dad could visit me at night and make an appointment to meet me. He showed up at the church the following day via the visiting medium.

So many unexplained things

There have been lists of hard to believe things placed within my own journey over the last few years. I have experienced them for myself. I do believe there are many things that are real yet difficult for me to explain. The advice I always give now is that readers question and find out for themselves. Embrace what is of value, and discard that which is not.

For further information on Apports, I would recommend that readers take a look at Scott Milligan’s website which has many apport photographs (Wednesday 18th of May 2011 items are particularly stunning).

If you find this item interesting please feel free to share it freely with others.

Thank you for taking the time to visit my site. I hope it has been of interest to you. 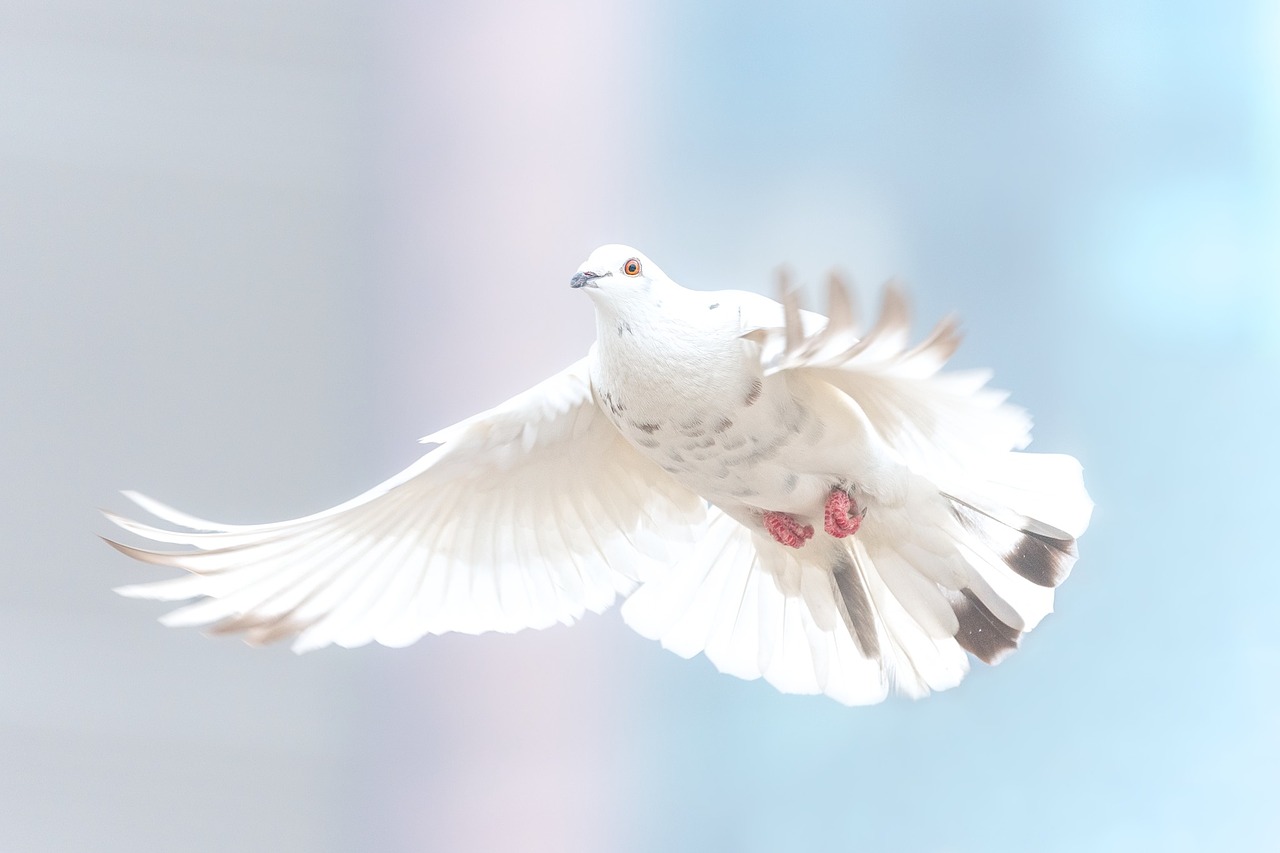 I’d just like to share with readers a valuable cherished memory that occurred many years ago while I was still learning lots and particularly in need of confirmation. Confirmation that I was really doing it and not just making things up or having delusional episodes. An advance goodbye from a lady about to complete her transition to the Spirit World helped me greatly.

I was at a point where I was regularly experimenting with psychometry and had started to improve with regular practice.

Many friends helped me and I used to borrow items, have them for a while in exchange for providing the owner with some writing about what I’d experienced.

A brief visit from a lady

A good friend of mine had lent me a piece of jewellery and I’d finished working with it and returned it and my comments. Don’t recall if I did well or not, too long ago!

I woke in my bedroom a few days later and saw a lady sitting at the end of my bed. The lady told me her name and showed me the jewellery in her hand. I immediately knew who she wanted to speak to and she just wanted to say she was ok and shortly disappeared from my awareness.

Passing the message on

That morning I happened to be on the same train as the lady who owned the jewellery. Knowing the communication was definitely for her and safe in the knowledge that she was approachable I named the lady and told her that she wanted to say she was fine.

A little confusion followed as my friend only knew one lady with the same name who was still this side of life. My friend made it clear it was strange as the lady was still alive.

I wasn’t sure then what to do, I had a feeling I’d put my foot in it, moved politely on and later that day told my wife Tracey about the experience and that something didn’t make sense.

My friend telephoned me the following day. She told me the lady who had made herself known to me for the briefest of times passed a few hours after we met on the train. She was still on this side of life when visiting me. This opens up a huge number of questions but the important thing was she got her message to my friend. She reached out in a way she could, showed me a specific item so I knew who she wanted to say goodbye too.

Amazing on the part of the lady who visited.

Of value to all involved

Special for us all. Of great value to myself as it confirmed that communication ability. Special from my friend as it gave some reassurance once she found out the lady had gone home. Very special I hope for the lady who I know was able to reach out and say goodbye in her own way. One which wouldn’t have likely happened in any other way.

I often wonder what happens when we start to prepare to move from this life into our next. So many questions remain unanswered and probably will. I often speak of this particular experience when asked how much time a friend in the Spirit World should be given before they can connect and communicate back from their side of life.

In my opinion, there’s really no minimum duration. I’ve had communications within minutes of a loved one departing wanting to pass a message back. I’ve had others where years later nothing has come through via myself or other mediums. This one was quite unique in that it was a communication while the lady was still our side of life. What I do feel is important is that those remaining in this physical world take enough time to heal and grieve before starting to seek that first contact.

I believe as our body becomes weaker our mind becomes more powerful. As we start to leave the physical behind we are released from the confines that are placed by our bodies. I see that time of transition as being one like a departure lounge. A place where we prepare for the journey ahead. Between worlds for a short period of time.

I don’t have all the answers. This special older lady was able to enter my awareness a number of hours before she left. She found a way to say goodbye. This reminds us to be particularly sensitive when around people making their transition. That sharpened awareness while they may appear to be leaving our side. Those stories we often hear of people in comas that are fully aware of what’s being said. That respect that is needed always.

I hope you have found this of interest.  I remember that lady often, always gratefully, always with thanks.